Steve Miller has suggested something which sounds cruel, preposterous and unnecessary. He claims that on Wednesday January 7th 2015, we should all find a chubby friend and let them know they are a heifer. Tell a friend they’re fat day would be an annual event, and would kick start people’s weight loss in what he hopes would lead to better all round health, as well as raising awareness of the obesity epidemic worldwide.

And then the internet broke. Twitter filled with indignation as people argued right left and centre that this was a nasty scheme by a man who had no right to dictate to people on weight and health, and plus size advocates everywhere took to their blogs to let us all know how dangerous this kind of attitude can be for anyone with an eating disorder or any kind of weight issues. That it is the same as bullying, that it is nothing more than ‘fat-shaming.’

I’ve never found weight particularly easy. And by this I don’t mean that I was always fat, as I don’t think that’s true. Photos of me as a kid are pretty standard, and even as a teen, although I distinctly remember feeling bigger than my friends, I wore size 10 (UK) jeans at 16, so I suppose that wasn’t the case either. I mean I have never had a good understanding of what I look like. The scales never seemed to ring true to me, and even when I saw them go higher than my peers, I tended to excuse it as my shape or my curves. Maybe I was right. I was 160 lbs at my wedding, and felt slim and beautiful, even while knowing I had been 20lbs less than that two years previously. I’ve recently had someone look at a wedding photo of me and express surprise by how much larger I was.

Even after I had my son I was sure I had ‘dropped the baby weight’ right away, and yet a year later, I was standing on the scales for the first time in 2 years, shocked that I weighed in at 198 lbs. Wasn’t I still a size 12/14? Yeah, I had bought that size 22 dress, but wasn’t that just so it fit over my bust? I know I got that denim skirt which was a 20, but I’m wearing it low, and some shops just have ridiculous sizing…. don’t they?

Somehow, I had become obese, and even at that point, I didn’t believe it. No one had ever told me. I had definitely said things to test the waters, to compare myself to other people and see what my friends thought, and no one had ever told me I wasn’t just your average curvy girl. I suppose people were embarrassed to point it out to me, they didn’t have the tools or the language to be sure of not upsetting me, they just didn’t know what to say.

I started my weight loss journey, which is still ongoing, but involved losing around 60 lbs over around 18 months. I worked on portion control, food groups, my eating habits-including time of day and self control, exercise, and most importantly, the underlying emotional issues which most overweight people carry around on their person just as often as they might carry a KitKat. No part of me regrets stepping on those scales and being woken up to the reality of what I was doing to myself and my family, and the future I was building for us by letting myself be morbidly overweight. Can someone that is a size 10 be as unhealthy as a size 24? Of course they can, but then you have an obligation to tell them that too. Steve Miller has made a day that perhaps should be called “Tell a friend they’re unhealthy day” but as massive an issue as obesity is in this generation (no pun intended) I can see why he has zeroed in on one clear issue.

So do I think you should randomly walk around on January 7th pointing at everyone with a double chin and yelling out “fatso”?! No, I most certainly don’t. People are more complex than you could imagine, and it takes knowing someone truly well to be able to approach them about such a multi-faceted issue as weight. So maybe the flippant sounding title of the day should be addressed. But if you have a friend who is more than just your average curvy girl, who doesn’t have an underlying physical or emotional disorder, and who has never told you that they know they are fat, who never mentions starting a diet, and describes people far smaller than themselves as larger…. and you care about them enough to worry about their health, is it really so cruel, preposterous or unnecessary to have a quiet and sensitive word?

I wish someone had had one with me. 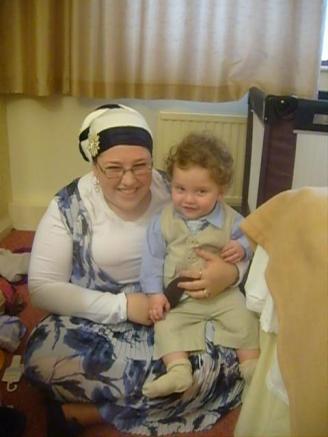 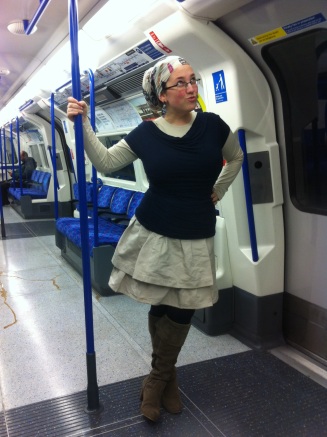